St. Davids community has been twinned with Matsieng in Lesotho since 1999. Pupils from Ysgol Penrhyn Dewi visited Matsieng in 2014 and more recently in the summer of 2018. The school is officially linked with Mahloenyeng High School.

The School is extremely proud of its connection with Lesotho and we intend to continue strengthening our links between St Davids and both of the schools in Matsieng.
The St Davids Matsieng Support Group has for a number of years been raising funds for students who are orphans of aids, the disease which has had such a dreadful impact in Lesotho.
In January 2015 the St Davids Matsieng Support Group received a prestigious award for its work in promoting links between Wales and Africa. The Gold Star Learning Link Award is the third to have been awarded to the St Davids Group, and a recognition of the progress that St Davids is making in building up links with its twinned community of Matsieng in Lesotho.

A school Lesotho committee is now formed and we now celebrate “Moshoeshoe Day” every year on March 11th to commemorate the death of the Country’s founder.

Pupils are welcome to join the Lesotho committee and active membership counts as voluntary work for the DofE service sections. 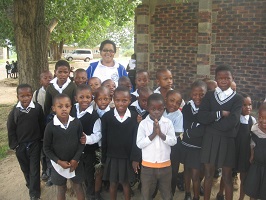 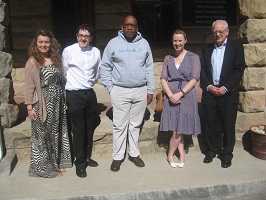